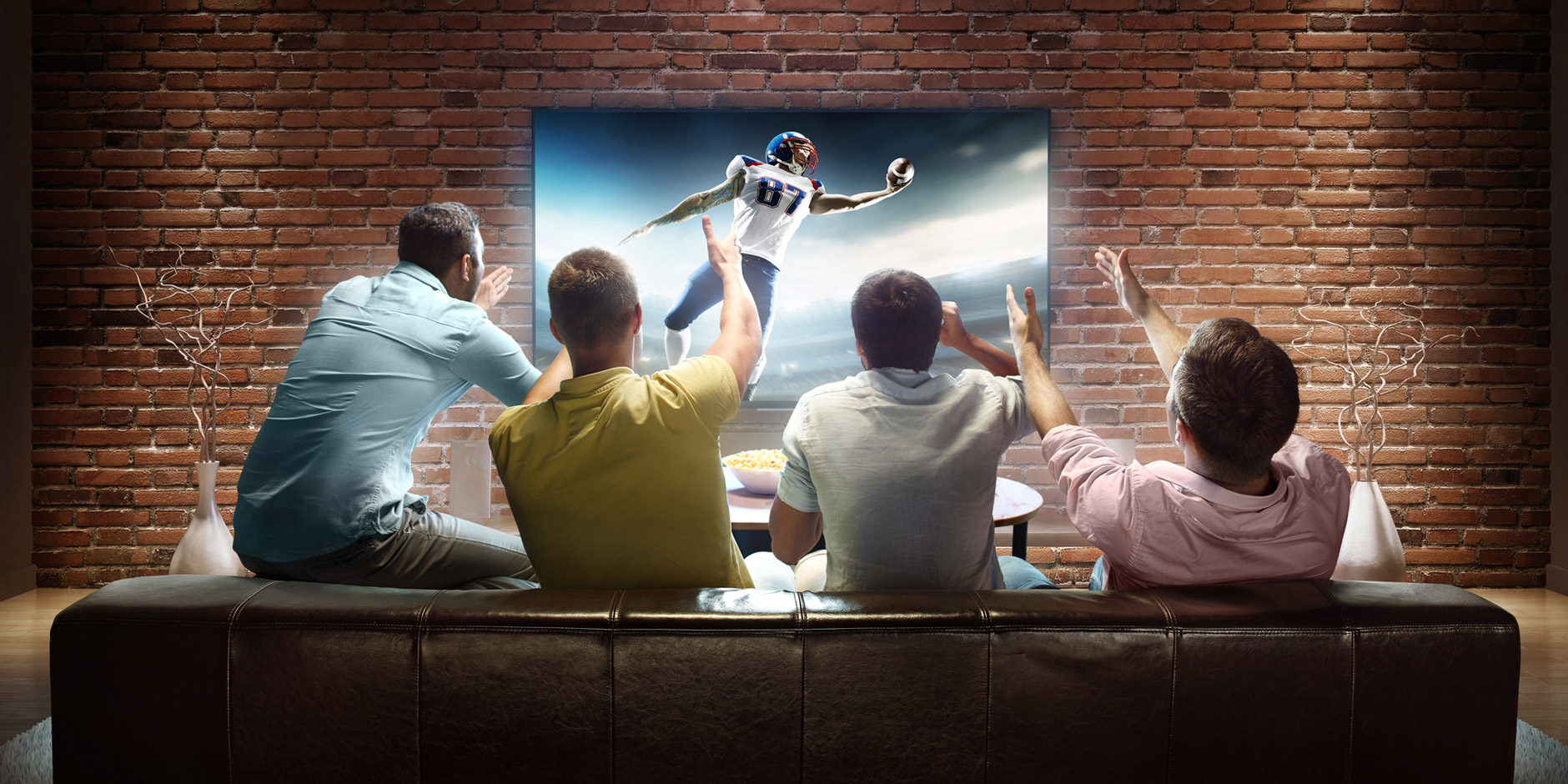 In the United States, the Pay TV (cable and satellite) industry has experienced so much change in the last several years. Cord cutting and cord shaving has driven much of the change and led to the growth and evolution of streaming services and award-winning Netflix and Prime originals.
But is Pay TV forever changed? It’s easy to assume so when it comes to parts of the country with adequate access to high-speed Internet. In reality, online streaming isn’t as ubiquitous as we might think. Rural Americans are 12 percentage points less likely than Americans overall to have home broadband. They go online less frequently – 76% go online daily while 86% of suburban and 83% of urban are online daily. This means rural residents are not as likely to transition fully to streaming services for watching TV. It also means that satellite and cable providers should pay closer attention to rural consumers and how to best reach them with promotions.
In this article, we’ll explore the current state of Pay TV in rural America and how providers can use direct mail to get the most out of their advertising while focusing on these consumers. 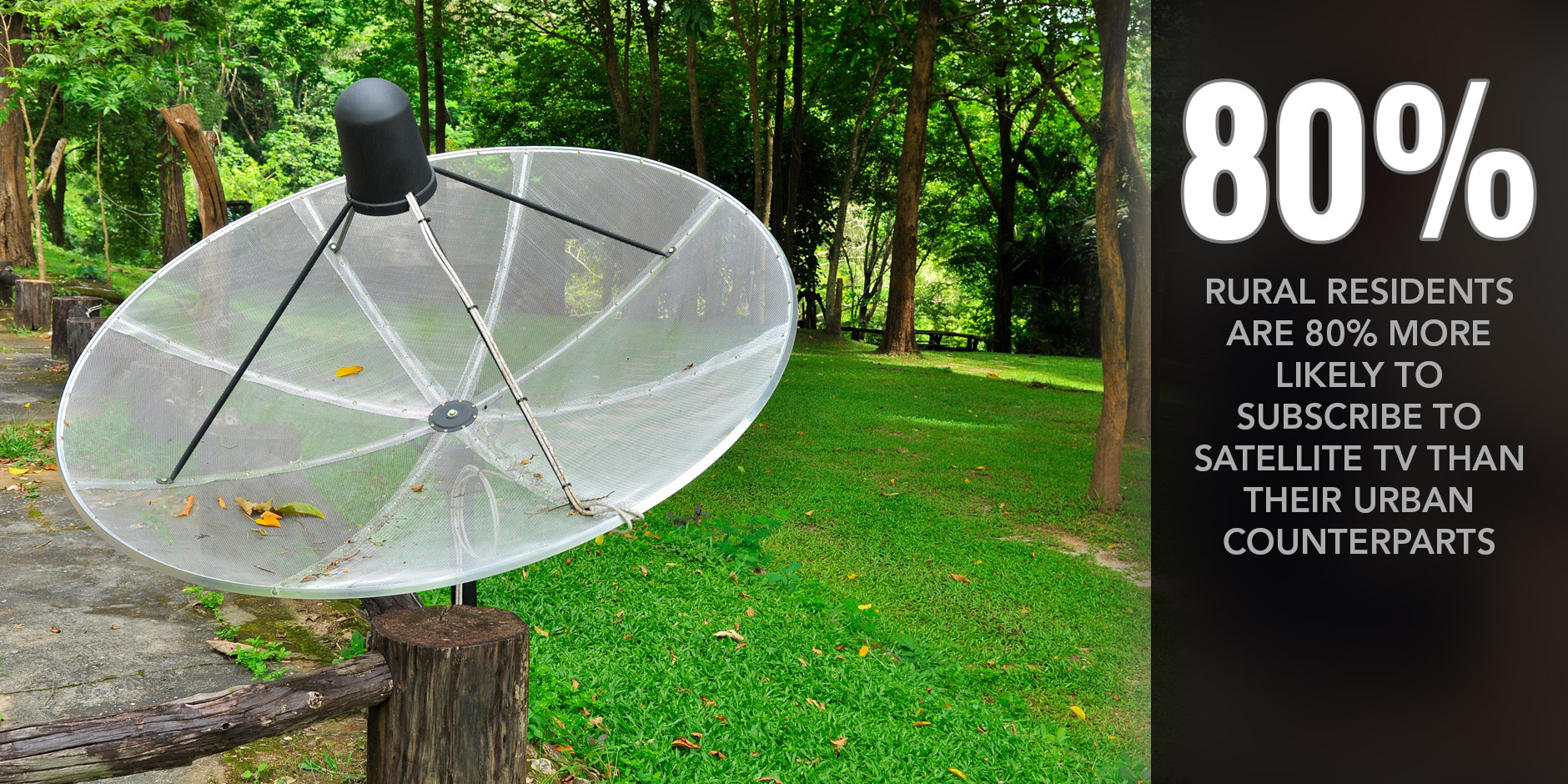 A perk of living outside a metro area is that you can enjoy peace and quiet with less traffic, more land, and less visual pollution – power lines, billboard ads, etc.
The downside is that the cost to run any kind of line to a home that’s remote, on a large tract of land, or set apart from a larger subdivision or cluster of homes is expensive. We’re not talking about the monthly cost of service or even the costs involved with maintaining the line. We’re talking about the upfront cost of installation.
This is part of why Satellite TV, as well as satellite Internet, is so popular in rural areas. In fact, these residents are 80% more likely to subscribe to satellite TV than their urban counterparts. They’re 57% more likely to have DirecTV and 130% more likely to have DISH than their urban counterparts. It makes sense for satellite providers to be focused on the rural consumer and how they can grow market share in these communities outside metro areas.
Rural residents are 12% less likely to cut the cord than their urban counterparts.

Cable TV Providers have Opportunities Too

Cable TV providers have faced the biggest challenge from cord cutting / shaving. Still, the opportunity to expand to rural areas is growing and some companies are quickly becoming favorites for these consumers. Rural residents are 41% more likely to subscribe to Spectrum than they are to Spectrum’s biggest cable TV competitor – thanks in part to a big push by Spectrum to focus on underserved rural communities.
These consumers are also far less likely to cut the cable in favor of streaming services. They are 9% less likely to cancel their cable service in the past 24 months than the average adult in the U.S. And compared to their urban counterparts, they are 12% less likely to cut the cord. 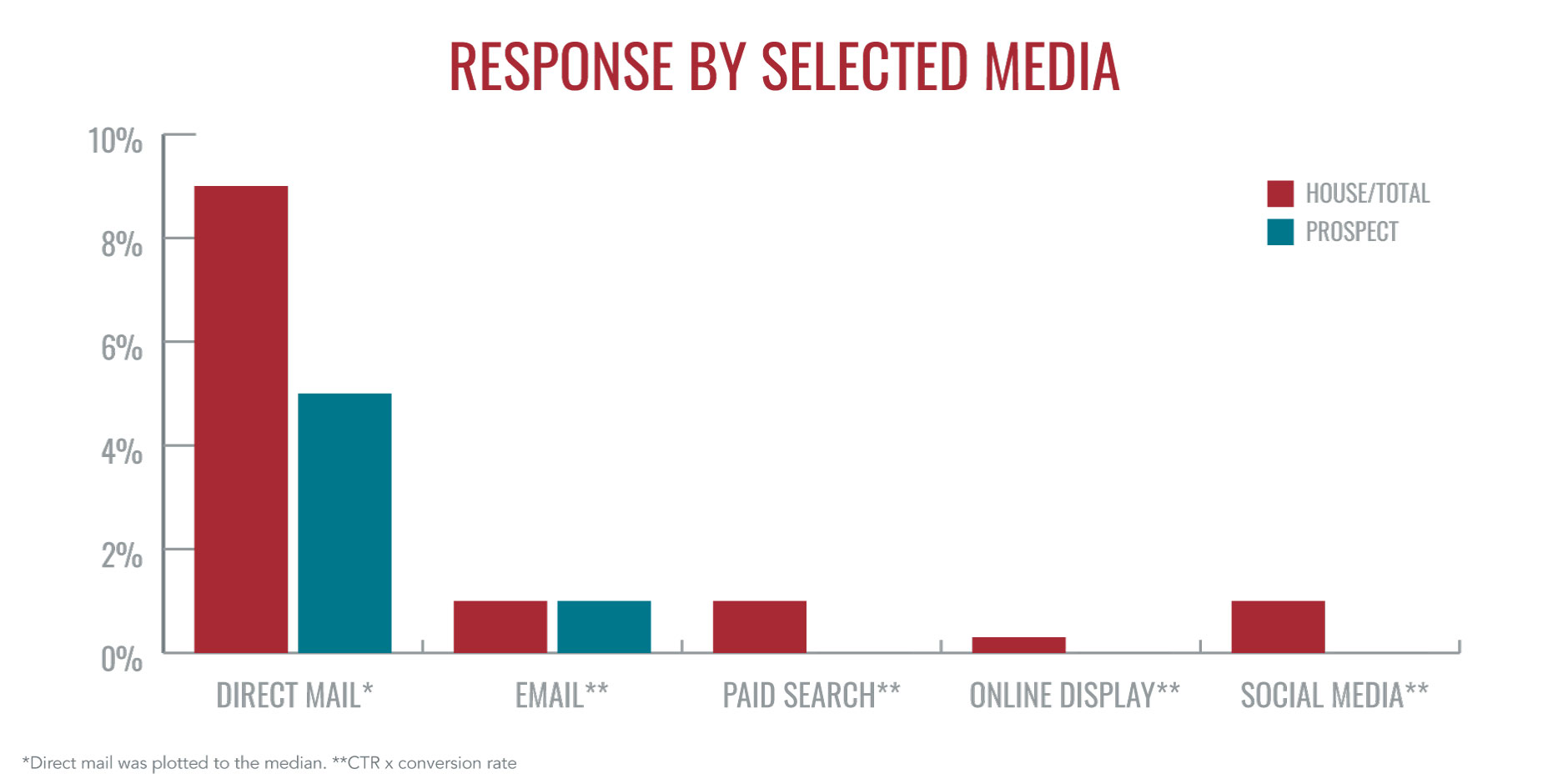 With fewer rural residents online, print media seems to be one of the best ways to reach these customers with promotions.
In fact, according to the 2018 DMA Response Rate Report, direct mail response rates come in at 9% for a house list and 5% to a prospect list. The 2017 report showed a response rate of 5.I% for a house list and 2.9% for a prospect list. It also runs laps around any other digital media channel-even if you combined the response rates of all of them.
While response rates vary widely across industries, it’s good to see that, on the average, they are increasing. This is a testament to the advances made with using data in marketing for precision targeting in campaigns. Learn more about that here. Knowing and understanding the rural consumer can help Pay TV companies use their marketing dollars more efficiently and with better results. We have worked with Pay TV providers for years to help them get more out of their print media campaigns and would be happy to talk opportunity and strategy with you.
Check out our latest success stories for inspiration for your next campaign. 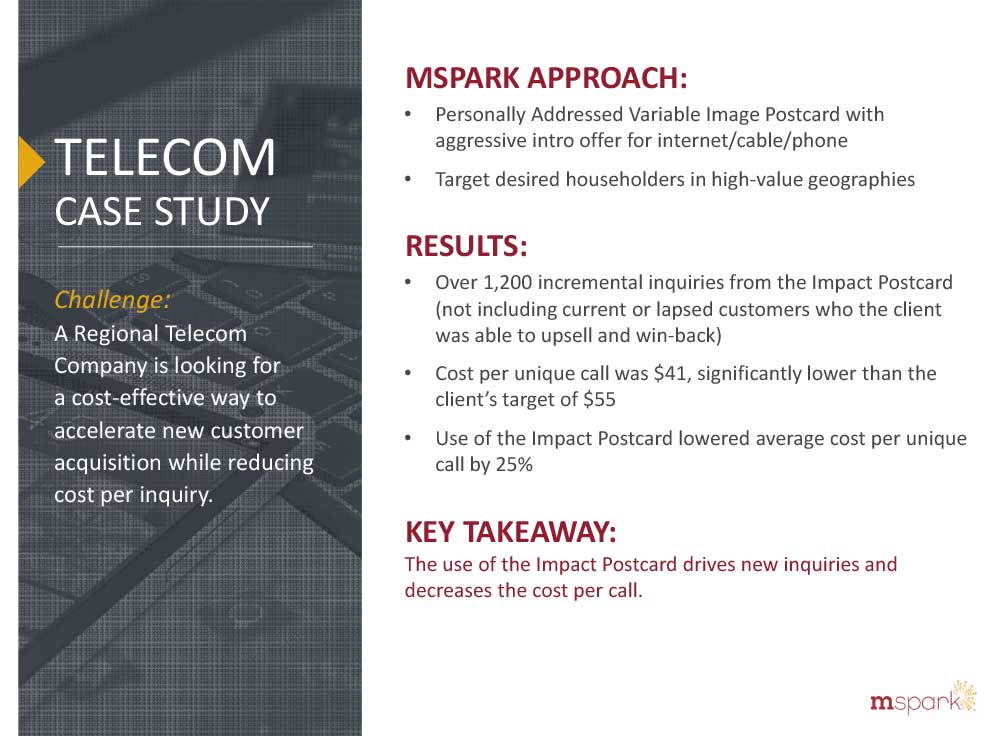 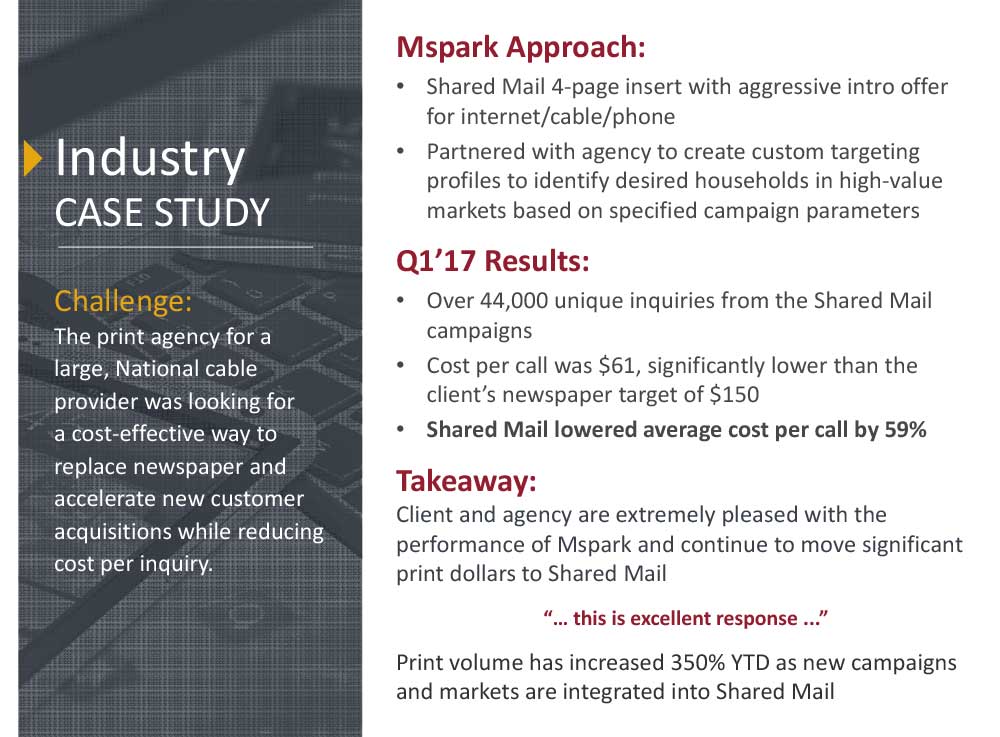 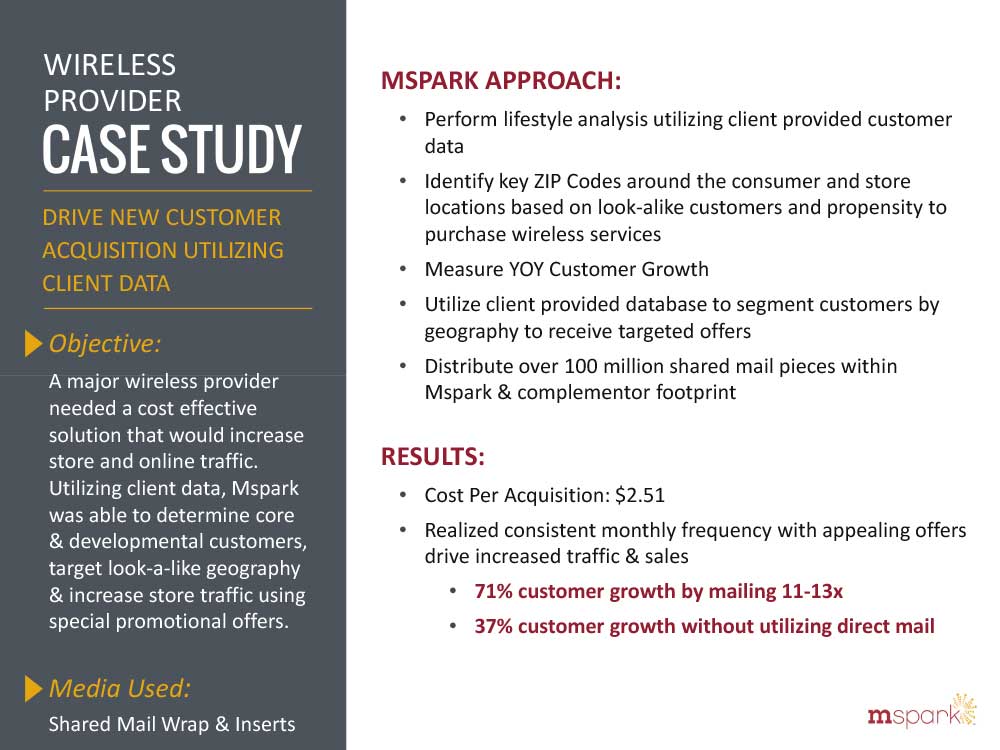